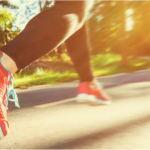 As a marathon runner and triathlete, my return to training after my second child was so much easier with Dr. Woerner helping me during my pregnancy and afterwards. Her knowledge about pregnancy and the function/physiology of the hips and pelvis is extensive, and she explains things in a way that is very easy to understand.She did dry needling to help with my piriformis spasms and sciatic pain, and it made an immediate and very noticeable difference. 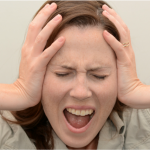 I dealt with 4 years of chronic tailbone and hip pain before coming to Marie. I was unable to sit, bend, lift, or walk without severe discomfort. In months I am happy to say I have improved 70%. I can bend, lift, and walk with no pain. I can now sit comfortably on a seat cushion as well. Marie’s hands on therapy techniqueshas improved my quality of life. I can definitely say that I smile a whole lot more. 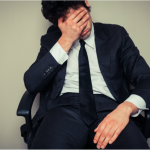 I’d like to begin by stating that the first step for solving any problem is accepting that there is one. During 2014 I began experiencing a series of very concerning health symptoms. I’m on my mid 20’s and I’ve always taken good care of my body and health by participating in sports and exercising regularly. The symptoms ranged from constant / chronic pain when sitting and a multitude of other urinary systems and pelvic pain.

Since the symptoms would not go away after a couple of weeks I decided to visit my general primary physician which in term referred me to a specialist. After going through various rounds of antibiotics and other treatments my condition did not seem to improve.

After several months of suffering from this symptoms I was referred to Dr. Marie Woerner. I must say that from the first day I was treated I began to see significant improvement. Dr. Woerner provided me with very professional and yet individual care. She took the time to listen and analyzed my symptoms. Dr. Marie developed a plan that would ensure my recovery. After 4 visits the symptoms that I had experience for nearly a year had receded and my health return to normal.

I’m extremely thankful with the treatment I received from Dr. Marie Woerner and I would encourage and highly recommend any male or female experiencing chronic pain to seek her help and professional treatment. .

I must admit I was a little concerned about how the PT would go. Tonda has made me very comfortable and at ease the whole time. I have no concerns whatsoever. I would encourage anyone to do have the PT.

Literally changed my life. Helped me feel better physically and emotionally. Allison is phenomenal
and what they can do is almost magical.